More than 5,000 entrepreneurs from China and a number of Central and Eastern European countries took part in business events organized with the support of the Warsaw CCI in the Polish capital on 29-31 may 2019.

From 29 to 31 may, the international exhibition of exporters “Export Expo” was held in the capital of Poland – Warsaw. The event was organized under the auspices of the Ministry of Business and Technology of the Polish Republic, The administrations of voivodeships, as well as with the participation of chambers of Commerce and economic self-government organizations, regional administrations of Central and Eastern Europe and the people’s Republic of China. Organizers of the exhibition: Warsaw Chamber of Commerce, edition of TTG Poland, as well as the Association of Polish media.

This is the first event of such a large scale in the region of Central and Eastern Europe, which unites a large number of exporters from different countries of the world, but primarily from the countries of the CEE region: Poland, Ukraine, Belarus, Lithuania, Russia, Czech Republic, Slovakia, Romania, Moldova, Latvia and others.

The exhibition  “Export Expo” is the accompanying event of the ChinaHomelife Poland, which for the eighth consecutive year will feature more than 1,700 Chinese manufacturers.

Agreements on cooperation between the Warsaw CCI and the chambers of Commerce And Industry of Ivano-Frankivsk (Ukraine), Volyn (Ukraine), Gomel (Belarus), Smolensk (Russia) were signed.

Useful contacts and exchange of views took place during the visit of the Deputy head Of the RF CCI representative office in Germany Mr. Andrey Efimenko.

Vice-President of the St. Petersburg chamber of Commerce and Industry Ekaterina Lebedeva, who represented exporters of the city of St. Petersburg at a separate stand, expressed a positive assessment of the event, as well as during a meeting with the Chairman of the Warsaw CCI mark Trachik expressed mutual interest in expanding cooperation between the two chambers for the benefit of business and enterprises, and invited the delegation of the Warsaw CCI to visit the city on the Neva.

The scale of the exhibition and sale of “Export Expo”, prospects and benefits for participants.

The population of the people’s Republic of China is many times greater than that of the Central and Eastern European region.
The purchasing power of the population is very high, and Chinese business is interested in expanding imports, which is facilitated by the initiative of the Chinese leadership “One Belt – One Road”.
For this purpose, a large group of Chinese importers was accredited to the exhibition “Export Expo”, who visited Poland in order to make purchases from companies in Central and Eastern Europe.

The organizers invited about 2 thousand business representatives (small and medium wholesale) from European countries, both members of the European Union and neighboring countries – Moldova, Ukraine, Belarus and Russia. In addition to them, the fair was attended by at least 3 thousand interested entrepreneurs from Poland and numerous visitors.

Synergy from such a representative B2B meeting of entrepreneurs as China Homelife Poland is the VIII exhibition that gathers more than 1600 leading Chinese suppliers of products, and offers importers, traders and buyers profitable commercial opportunities to import high-quality products directly from manufacturers at competitive prices.

This year the products of such industries as textiles and clothing, furniture, household appliances, building materials, lighting, household products, gift and souvenir products, goods for sports and tourism were presented. 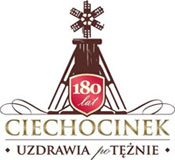